The Best in Independent Music and Music Production Services 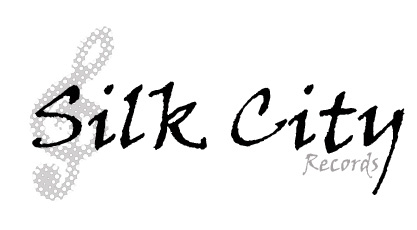 It started, quite simply, as a casual discussion between two music professionals about the scarcity of fair production and distribution options for independent artists. It grew to a reality as the two were joined by other music industry professionals to create a multi-faceted Record Label, offering an "artist friendly" alternative for unsigned artists, and a retail presence where consumers could find great recordings at reasonable prices.


Silk City Records was founded in 1989 to release recordings by NJ Blues singer/guitarist Son Lewis. In 1995, we were awarded a Grant from the National Endowment for the Arts to aid in the production (recording and manufacturing) of a compact disc by Son. The recording received significant critical acclaim in the Blues community and has been broadcast on radio stations around the world . Since that release, Silk City has sought to expand its horizons by bringing other artists to the attention of the world.

The company expanded that original vision by offering a wide range of opportunities including production consultation, project planning, development, recording, production services, graphics design, manufacturing, packaging, distribution and promotion to independent artists seeking to launch their career. Some established artists, like The Crescent City Maulers and Detroit Women, embraced the opportunity to regain creative and financial control of their careers by moving to the personalized approach of Silk City.

Silk City has created an environment where artists can have their projects managed to completion in a sympathetic and professional manner. Our  NJ based company has focused primarily on Blues, Jazz, Folk and Roots Rock, but also include Rock and Contemporary Songwriters.  We utilize the Internet in an intelligent and concerted manner for distribution and marketing of product. Our "end to end" approach is differentiates us from the traditional channels previously dominating the market. Although there are numerous competitors that provide parts of these offerings, we provides the full range of services, with in-house facilities.

Silk City currently has numerous successful label releases, and offer non-roster indie artists CD's for sale at our web site (just check our Catalog page). That number is growing rapidly as the word continues to spread to artists who are seeking fairer deals for the sale and distribution of their independent projects. Silk City is planning an ambitious schedule for the future, which includes additional recordings, re-release of classic recordings, and expansion of its catalog of roster and non-roster artists...

MORE from Artists who CARE...!

Custom and Stock Music for Synchronization for Film, TV, Radio, Pod Casters and Advertising Agencies of all Sizes!